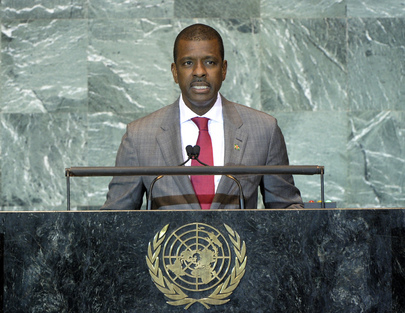 VINCE HENDERSON (Dominica) said the impacts of climate change were projected to increase. Several outcomes agreed in Cancún could be built upon, acting as catalysts to new approaches and solutions in Durban. Climate change was an energy-related issue, and the provision of affordable energy was critical to achievement of the Millennium Development Goals. The Small Island Developing States Sustainable Energy Initiative was an outstanding outcome of the Cancún meeting, and support from partners would ensure transformation of the energy sector of those countries. Dominica had been working to develop its geothermal potential, and preparation for drilling had begun at three test wells. That energy would allow Dominica to meet its domestic needs and supply electricity to its neighbours. As part of the Rio+20 process, Dominica called for the creation of a special small island developing States technology fund to address financing for sustainable energy technology transfer. Welcoming negotiations on an arms trade treaty, he placed particular importance on the 2012 Review of the 2001 Programme of Action to Prevent, Combat and Eradicate the Illicit Trade in Small Arms and Light Weapons in All Its Aspects. In a similar vein, he said the Security Council’s ability to respond to new world dynamics rested in its acceptance of the need to adapt to the times. In other areas, he called for the lifting of the blockade against Cuba, while on Haiti, he urged the extension of the tenure of the United Nations Stabilization Mission in Haiti (MINUSTAH). He looked forward to the implementation of the political declaration adopted at the High-level Meeting on Non-communicable Diseases.