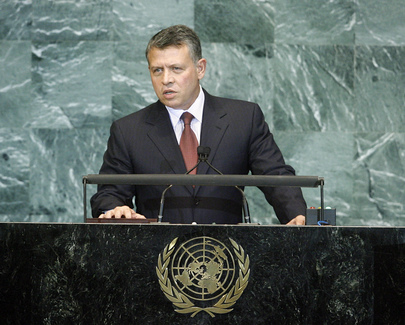 ABDULLAH II, King of Jordan, said that, more than ever before, the world faced multiple global crises that could not effectively be addressed without coordinated, multilateral action. “No country can face these crises, and provide for its future in isolation,” he said, noting that both the threats — and the solutions — were global issues. Resisting forces of division that spread misunderstanding and mistrust was also essential, especially among peoples of different religions.

Humanity around the globe was bound together, not only by mutual interests, but by shared commandments: “to love God and Neighbour; to love the Good and Neighbour”, he said. In that regard, the Jordanian delegation would introduce a draft resolution for an annual World Interfaith Harmony Week, during which the world’s people, in their own places of worship, “could express the teachings of their own faith about tolerance, respect for the other, and peace”, he said.

In the meantime, it was critical for the United Nations to reassert its leadership role in promoting peace. Indeed, peace remains hanging in the balance in some regions. While an end to the Palestinian–Israeli conflict was long overdue, the recent direct negotiations between the two sides had opened the door to a final, two-State settlement. The establishment of an independent, viable and sovereign Palestinian State, living side by side with Israel, would pave the way for regional peace. He noted that no regional conflict “has had a longer or broader impact on global security and stability, remained longer on the UN agenda, or had frustrated peacekeepers more”.

However, he stressed that success must not be underestimated. Without swift action, hard choices and real results, the suffering and frustration would continue; a catastrophic scenario would continue to “drag in the whole world”, threatening security and stability beyond borders in the Middle East. To prevent that, he said, the direct talks must be approached with commitment, sincerity and courage, and he warned against provocative or unilateral actions that could derail negotiations. Further, final status issues must be addressed with a view to ending the occupation and achieving a two-State solution, he said, “the only solution that can work”.

In conclusion, he said Jordan and the Arab and Muslim world remained committed to achieving peace; its Arab Peace Initiative reached out to Israel with an unprecedented opportunity for a comprehensive settlement that would enable Israel to have normal relations with 57 Arab and Muslim States. He said, “Together, we must tip the balance toward peace.”