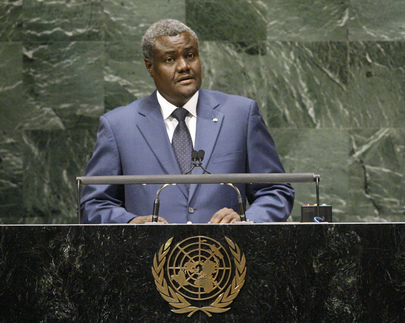 MOUSSA FAKI MAHAMAT, Minister for Foreign Affairs of Chad, said that while he welcomed the United Nations focus on development challenges and the achievement of the Millennium Development Goals, the relevant resolutions would once again not be implemented. He expressed particular concern for the Darfur crisis and its impact on the relations between Chad and Sudan.

He said that those relations had been completely normalized as a result of the courageous decision of President Idriss Deby Itno to go to Khartoum in order to reconcile with Sudanese President Omer Hassan Al-Bashir. The two leaders had decided, among other things, to establish a hybrid force to establish security between the two borders. High-level meetings were regularly held to assess the situation, and both had also committed to providing no support of any kind to the rebel forces in their respective countries.

Chad favoured dialogue, as it always had, he said. The situation in Darfur still merited special attention, and like the rest of the international community, Chad dreamed of peace in Sudan. Chad particularly sought peace in Sudan as that country prepared for its upcoming major political event — the referendum for the self-determination of Southern Sudan. That was a high-risk undertaking, and if the process leading up to it was not controlled, independent and transparent, mistakes on that path could compromise peace and security in Sudan and in the subregion. The results of the referendum would impact the rest of Africa, and Chad would like to see the unity and integrity of Sudan maintained, but it was the Sudanese themselves who would determine their future.

Speaking of domestic issues, he said that Chad had allocated 60 per cent of its resources from oil to invest in the social sector and infrastructure, as a basis for social and economic development.