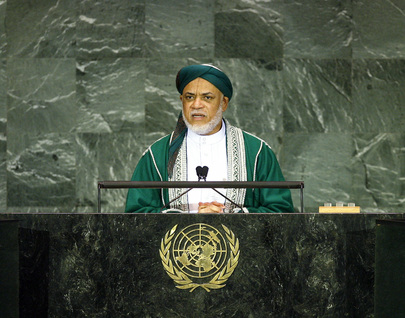 AHMED ABDALLAH MOHAMED SAMBI, President of the Comoros, said the Comorian islands had been accepted into the international community with the colonial Powers. Despite many relevant resolutions and consultations that had taken place, France continued to hold referendums in Mayotte to anchor the island to the French republic. The consultations held meant that the status of Mayotte had been changed, in the context of French law. The latest referendum aimed at making the island an overseas French department in 2011.

However, he pointed out that the relationship between France and the Comoros was unique. Despite attempts to separate one island from its sisters, the country had a privileged partnership with France, especially as it was always associated with the international community in major decision-making. France was still its biggest trading partner and provider of development aid, and more than 200,000 Comorian people lived in France. There was no hostility between the two countries, and the desire for cooperation in no way diminished the importance of the territorial integrity of the Comoros.

He proposed ending differences and discussed the principle of "one country, two administrations". By that principle, France should acknowledge full sovereignty of the Comorian islands. Both parties had to agree on the duration of the French presence on the islands and he requested that France encourage the economic development of the three other islands, so as to strike a balance over the archipelago that would foster a rapprochement. Those efforts would enable islanders to preserve their living standards.

Describing the relationship between France and the Comoros, he said there had been almost two centuries of shared history, culture and language. "We must not spoil this inheritance by allowing misunderstandings to persist," he said. For such reasons, he was here to show his goodwill, which he hoped would never be annihilated by inflexibility or intransigence.

As for the Assembly, he said progress had been made "here and there", but children still suffered. Health care was still a luxury for the majority of Comorian citizens. Small island States, such as his, were also threatened by multiple natural disasters, which worsened an already fragile socio-economic situation. Technological advances had been huge and true international mobilization, especially by countries better served to face challenges, was necessary. It was time to show solidarity by acting and being pragmatic, if people were to find hope. Developing countries were not asking for the moon, "at least for the time being". They were asking that efforts be pooled to meet their demands.

He said the United Nations had a huge role to play in attaining that goal. Only a more representative and equitable Organization could better solve the problems faced by all nations. He called for a better definition for the responsibility to protect. On peace and security, he welcomed the United States President's efforts in the Middle East, expressing hope also to see an end to the Arab-Israeli conflict and coexistence of the two States, as outlined in various resolutions. Regarding the situations in Iraq, Afghanistan, Somalia, Democratic Republic of the Congo, the Great Lakes region and Darfur, he said fratricidal conflicts only exacerbated abject poverty in those areas.