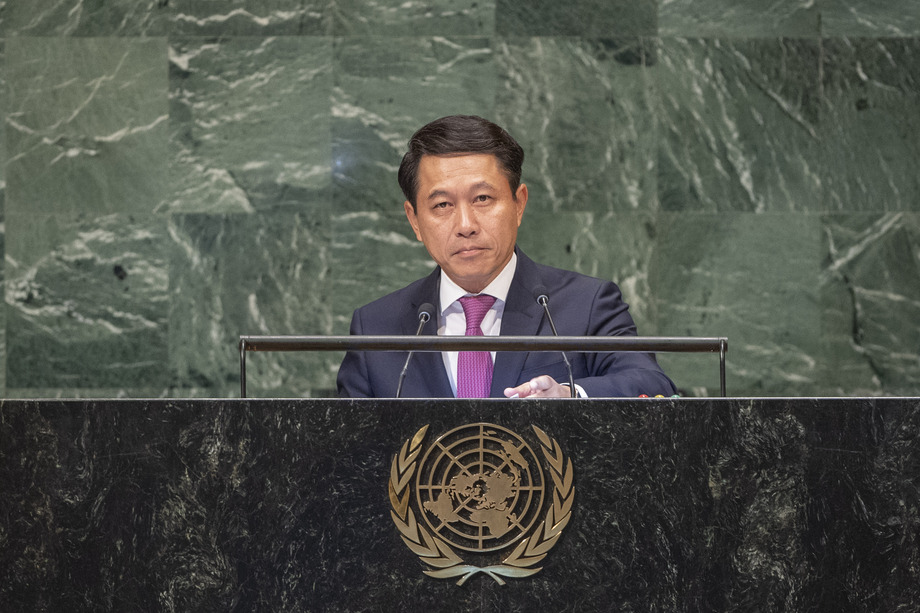 SALEUMXAY KOMMASITH, Minister for Foreign Affairs of the Lao People’s Democratic Republic, said his Government has addressed a country-specific need and “gone the extra mile” by adopting a plan to achieve Sustainable Development Goal 18 entitled “Lives Safe from Unexploded Ordnance”.  Noting the increasing intensity of climate change, he stated that extensive flooding was the worst disaster to ever occur in his country’s history, affecting 2,409 of 8,464 villages in 115 of 148 districts.  The precise extent and cost of the loss and damage will only be known after a post-disaster needs assessment is conducted, but the calamity had a major impact on the livelihood of people in affected areas.  With assistance from friendly countries and international organizations, his Government has provided emergency relief with temporary shelters, food and health care.  He expressed heartfelt gratitude for their valuable assistance during this difficult time.

Against this backdrop, he said it was more crucial than ever for world leaders to honour their commitments under the Paris Agreement.  His country highly values the ASEAN-United Nations Joint Strategic Plan of Action on Disaster management in addressing the issue and responding to its impact on socioeconomic development going forward.

Turning to the scourge of transnational crime, he said the Lao People’s Democratic Republic is committed to working closely with the international community to fight illicit drugs, illegal wildlife trade and human trafficking.  His Government adopted a Drug Control Master Plan, implemented the ASEAN Work Plan on Securing Communities Against Illicit Drugs 2016-2025 and supports the Global Call to Action on the World Drug Problem initiated by the President of the United States.  In the fight against human trafficking, the country is party to numerous regional agreements, including the ASEAN Convention against Trafficking in Persons, Especially Women and Children.

Emphasizing the need to maintain peace and security at all costs, he said that settling disputes by pacific means is the best way to ensure sustainable national development.  He welcomed the recent historic summit between the leaders of the Democratic People’s Republic of Korea and the United States, also hailing the third summit between the Democratic People’s Republic of Korea and the Republic of Korea as an opportunity to improve their bilateral relations and address denuclearization.  Despite those positive developments, he expressed concern over the lack of progress on the Palestinian issue, hoping that it will be resolved peacefully to achieve a two-State solution with Palestine and Israel living in peace and security within internationally recognized borders.  Stating that the enforcement of isolation and sanction measures on any country is a “loss for all”, he said it was time to end the embargo on Cuba and called on the international community to strengthen multilateralism and promote cooperation rather than confrontation.