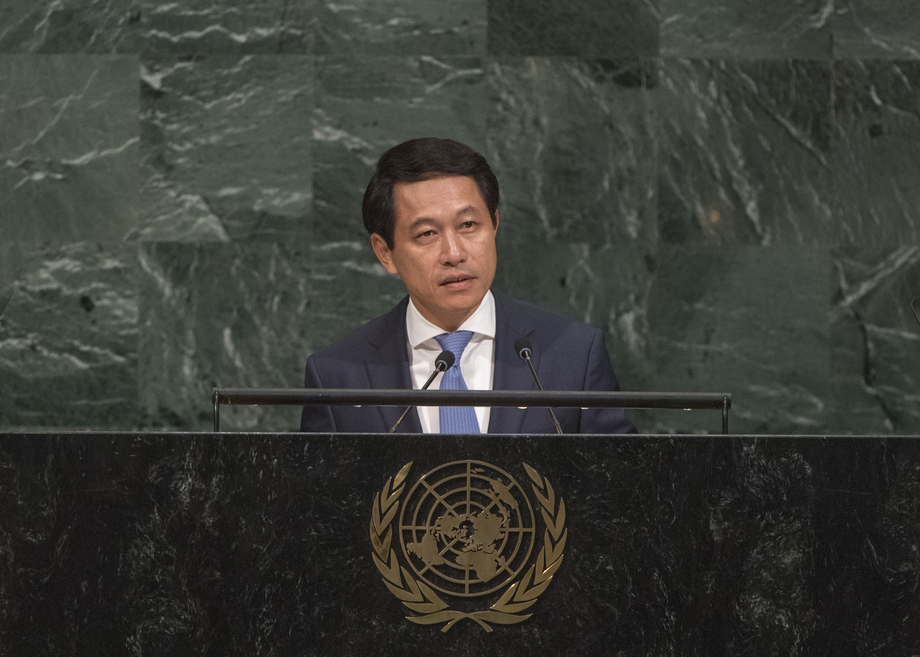 SALEUMXAY KOMMASITH, Minister for Foreign Affairs of Lao People’s Democratic Republic, underscoring the importance of the 2030 Agenda, called for greater collaboration to attain peace and security and for reform of the United Nations.  He expressed hope of creating a world without nuclear arms and weapons of mass destruction, reiterating support for the Nuclear Non-Proliferation Treaty.  The best way to settle disputes was through peaceful and diplomatic means, and as such, he welcomed the establishment of relations between the United States and Cuba in hopes it would foster an end to the embargo. He also expressed hope that the Palestinian issue would be resolved through the creation of two independent States with internationally recognized borders.

ASEAN had achieved gradual progress on peace and security, he said, primarily through partnerships and cooperation, gains made possible thanks to the founding principles of consultation and consensus, which his country would continue to uphold.  The Lao People’s Democratic Republic had streamlined the Goals into its five-year national development plan.  The country would also take part in the 2018 Voluntary National Review of the high-level political forum on sustainable development, demonstrating its aim to graduate from the list of least developed countries by 2020.  Among several efforts made in that respect was the adoption of a National Sustainable Development Goal 18 on “Life Saved from Unexploded Ordinance”.

Despite the challenges of being least developed and landlocked country, the Lao People’s Democratic Republic nonetheless sought to become a high middle-income country by 2030, he said, and to that end had pursued greater connectivity with the region to enhance its infrastructure, transport networks, and construction of the North-South and East-West economic corridors.  He urged the international community to ensure that development brought equal benefits to all countries, ensuring his country’s strong commitment to work closely to realize the 2030 Agenda.