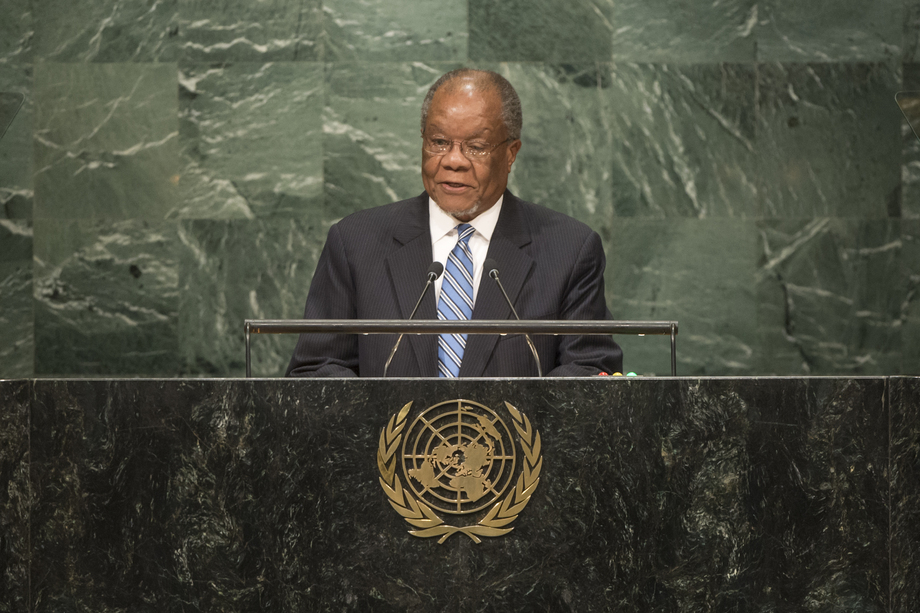 BARNABAS SIBUSISO DLAMINI, Prime Minister of Swaziland, said that his country had started mainstreaming and popularizing the Sustainable Development Goals through awareness-raising campaigns, education and training at all levels.  In addition, the country had integrated the Goals into the national development framework.  In that regard, appropriate institutional arrangements had been put in place to monitor the 2030 Agenda’s implementation.  Both the executive and legislative arms of Government were fully involved and progress was periodically reported to the Cabinet and to Parliament.  Among other things, the Government had translated its national “Vision 2022” into practical and feasible targets so as to expedite economic growth while improving health care, service delivery, infrastructure and governance, as well as fighting corruption.

Turning to climate change, he expressed commitment to fighting global warming, pointing out that Swaziland had participated in all the negotiations that had culminated in the adoption and subsequent signing of the Paris Agreement.  “The negative impact of climate change has become a thorn in our economy,” he said, adding that it had depleted the country’s limited financial resources, killed an alarming number of livestock and destroyed most of the ecosystem.  At the same time, drought had led to a serious reduction in the amount of water required for crop production, human use and consumption, and exacerbated food and nutrition insecurity.  In view of that situation, the Government had declared drought a national disaster, he said.

Noting that his country continued to be a big and active player in promoting regional and continental integration, he recalled that in August, Swaziland had hosted the thirty-sixth Southern African Development Community (SADC) Heads of State and Government Summit — under the theme “resource mobilization for investment in sustainable energy infrastructure” — which had focused on inclusive industrialization.  Furthermore, Swaziland was a signatory to a number of trade integration arrangements, ranging from the Common Market for Eastern and Southern Africa (COMESA) to the Tripartite Free Trade Area.  Those arrangements had opened up preferential market access opportunities to maximize trade at the regional and international levels, he said.