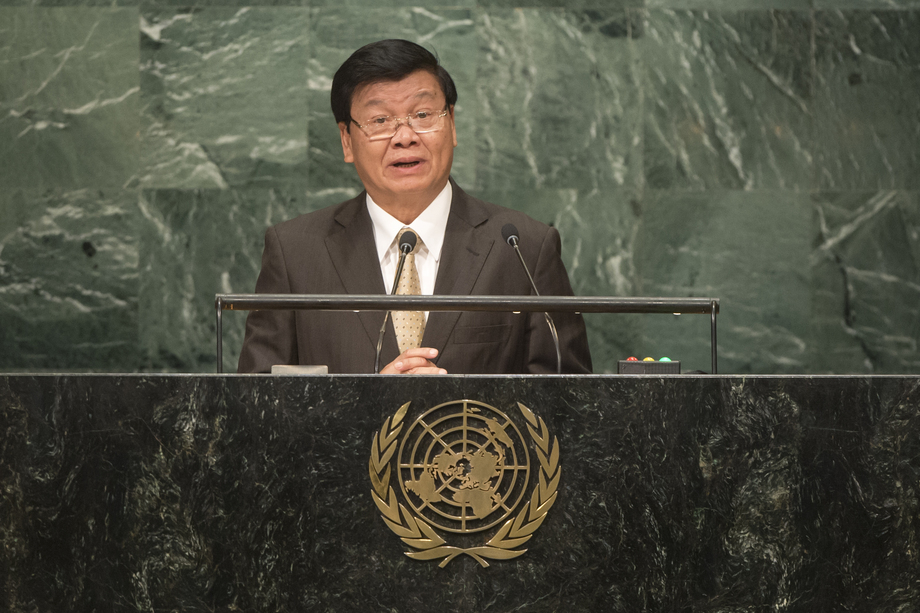 THONGLOUN SISOULITH, Prime Minister of Lao People’s Democratic Republic, said that Southeast Asia continued to enjoy peace and stability.  That provided an environment conducive not only to socioeconomic development, but also regional cooperation, as evidenced by the advancement of the Association of Southeast Asian Nations (ASEAN) community.  As Chair of ASEAN in 2016, he hoped the international community would continue to support the Association as it had contributed significantly to promoting peace, stability and cooperation in both the region and the world at large.

At the same time, his newly-elected Government was focused on graduating from its least developed country status.  As a least developed and landlocked country, his State faced many challenges in infrastructure and human resources, and as such required assistance from the international community.  That support, along with strong determination, would enable it country to achieve its goals.

He also said that his Government was focused on the issue of climate change, which affected the livelihood of people around the world.  That was a major challenge that no country alone could address.  For its part, his country had signed the Paris Agreement and integrated climate change and natural disaster risk reduction into its national socioeconomic development plan.