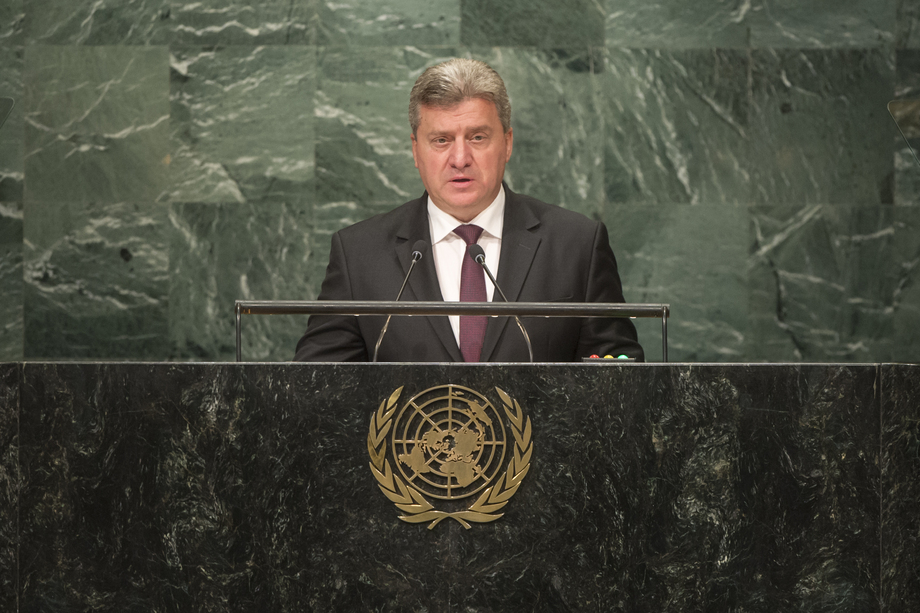 GJORGE IVANOV, President of the former Yugoslav Republic of Macedonia, noted that the international community had witnessed serious conflicts which had caused global instability.  Terrorism had led to resistance movements that were hard to conquer.  To win the fight against terrorism, more than military force was needed.

Borders had to be secured, he said.  Europe faced a number of challenges, including migration.  New waves of migrants entering the continent were harder to absorb.  His Government had bolstered steps to secure the nation’s borders and to integrate migrants already in the country.  By protecting its own borders, the country was also protecting European borders.  European migration policies were threatening the security of the former Yugoslav Republic of Macedonia.

The country had faced great challenges since it became independent, he continued.  The Government recently had proposed a candidate of the former Yugoslav Republic of Macedonia for the position of United Nations Secretary-General.  Furthermore, he highlighted the need to reform the United Nations to protect human rights.  The relevant international human right and humanitarian instruments should be given the attention they deserved to protect citizens.  His country remained blocked from membership in NATO and the European Union because of its history.  He urged the international community to support the country’s membership.  The whole Balkan region remained isolated and there was a great need for cooperation and integration.  Differences had to be overcome through dialogue and negotiations.  Next year, the former Yugoslav Republic of Macedonia would host the Brdo–Brijuni Process to enhance regional cooperation.

The balance of the earth’s climate has been disturbed, and it threatened future generations, he said.  He attached great importance to the participation of youth in global decision-making, stressing that policies for youth by youth were needed.  Education and employment projects had to be supported and strengthened.   New technologies and young people had to be included in all related initiatives of the 2030 Agenda in order to incorporate fresh ideas.  In order to thrive, future generations needed to live in societies based on strong rule of law and diversity.  He urged States not to be afraid of future generations.