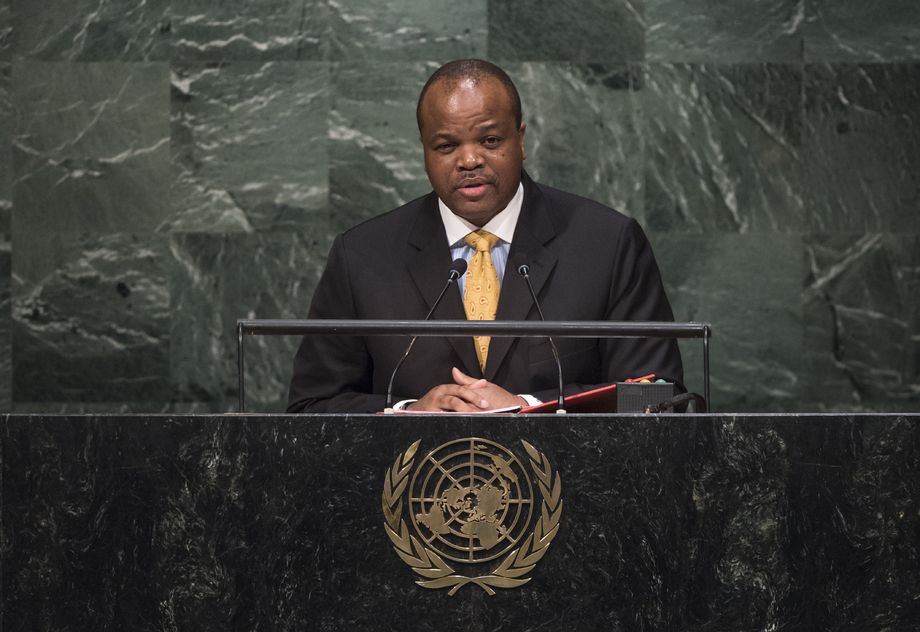 MSWATI III, King of Swaziland, commending the United Nations for its work in Africa in reducing conflicts and curbing Ebola, stated that the Organization must continue to help the continent emerge from the cycle of poverty and disease.  Africa had great potential for investment, and the United Nations should enable the creation of an environment for economic growth.  The “Kingdom of e-Swatini” was one of the many nations to have reported significant progress in the implementation of the Millennium Development Goals.  Though it did not have an abundance of natural resources, it had an innovative and educated work force.

With Africa opening up new trade markets and investment opportunities, he continued, his country had fast-tracked reforms to improve the ease of doing business.  Infrastructure development, such as the completion of the new international airport, had also increased access to global markets.  Africa was well-endowed with mineral resources, yet still faced the challenges of poverty and unemployment.  Access to the markets of the developed world remained critical.  The success of trade and investment also hinged heavily on a reliable and sustainable energy supply.

While the country had attained a significant milestone with 97 per cent enrolment in primary education, sustaining that required that quality education be further accessible at secondary, high and tertiary levels.  Calling on global partners to ensure that the country did not become a victim of its own success, he added that its people still largely relied on agriculture.  Swaziland was looking to international financial institutions to support the building of dams, but it was a matter of concern that such aid came with stringent conditions that left the recipient countries worse off.