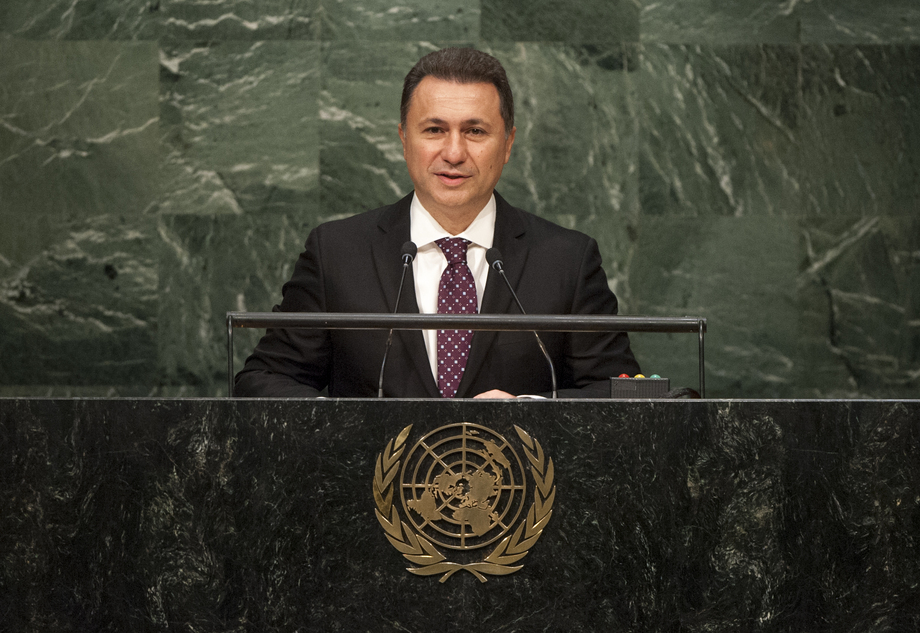 NIKOLA GRUEVSKI, Prime Minister of the former Yugoslav Republic of Macedonia, said that despite living in a world where ongoing conflicts were affecting the lives of millions, the United Nations had not failed in its mission as it continued to resolve and mitigate difficult situations.  He noted the valuable work of United Nations peacekeepers and called for a greater role for the General Assembly in the selection of the next Secretary-General.  Noting that the world was becoming ever more globalized, he advocated for the bold policy shift of “commitment, cooperation and wisdom” in jointly addressing the problems facing it.

South-East Europe, he said, faced two key strategic and global challenges — the refugee crisis and aspirations by the Islamic State in Iraq and the Levant/Sham (ISIL/ISIS) to penetrate the region.  Almost 160,000 people, primarily from Syria, had transited through his country since the beginning of 2015.  While it was doing all it could to help the refugees, stronger engagement by the European Union in conjunction with Balkan countries was needed.  The root cause of the crisis was the Syrian conflict and it was crucial to resolve it.  The danger of radicalism in South-East Europe could be eliminated through joint engagement by the United Nations, the North Atlantic Treaty Organization (NATO) and the European Union.  Outstanding issues in the region should be a strategic priority for the United Nations.  The region’s integration in collective security systems such as NATO and the European Union as well as positive relations among key players, such as the Russian Federation and China, would help make it impervious to negative influences.  His country’s main strategic and foreign policy goal remained membership in both the European Union and NATO.  Regarding the issue with Greece over the name of his country, he said that the decision adopted by the International Court of Justice had benefitted the former Yugoslav Republic of Macedonia and must be respected.  He urged the Greek Government resolve the issue, noting that the 1995 Interim Accord was the cornerstone of their relations and should be honoured.