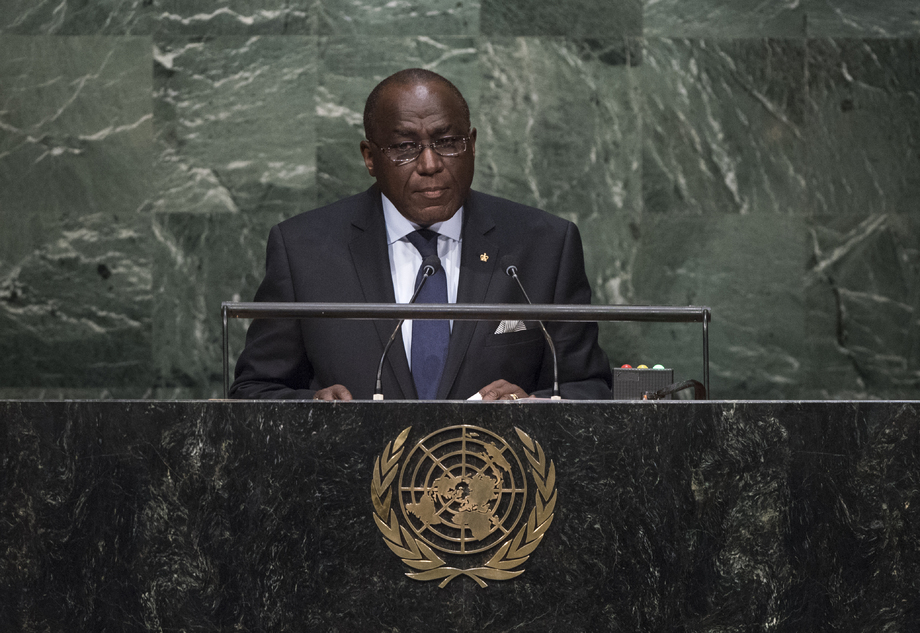 CLAUDE STANISLAS BOUAH-KAMON (Côte d’Ivoire) asked the General Assembly “how can we not be moved by the intolerable tragedy of migration in the Mediterranean”.  Urging nations to find a human response for those “fleeing poverty, misery, violence and wars”, he reminded country representatives that the United Nations was founded to build a better world.  The United Nations had enjoyed great authority in humankind’s role over the past 70 years, which have been characterized by striving for democracy and human rights.  But, peace and security remained threatened, especially with the recent surge of transnational crime, rogue groups and cybercrime.  Poverty remained an obstacle to development and the well-being of people everywhere.

The new Agenda must promote measures of good governance and restore true partnerships.  Food insecurity and climate insecurity were common threats and the world must confront the myriad challenges by taking action.  That meant “finishing the job” at the Climate Conference in Paris by achieving a universally binding commitment to fight climate change.  Policies and reforms must be undertaken at the national level, he said, adding that, for its part, Côte d’Ivoire had committed to achieve a 50 per cent reduction in poverty.  The economy was booming for the second year in a row as the country had remained among the top 10 to improve its business environment and joined the “head of the class” of growing nations around the world.  Measures were also being undertaken in ensuring universal education and health care.  With elections approaching, he welcomed logistical support.  Meanwhile, the Government had taken steps in other areas, such as the National Commission for Reconciliation and Compensation of Victims initiative to ensure victims were being compensated, he concluded.