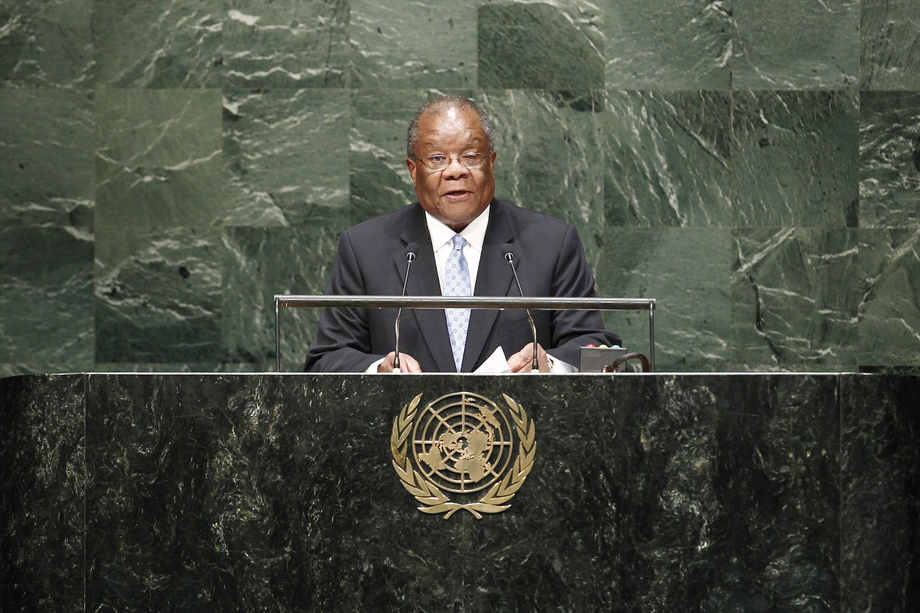 BARNABAS SIBUSISO DLAMINI, Prime Minister of Swaziland, said that the outbreak of Ebola in some parts of the African continent was a new challenge facing the global community.  Adding that it was also a serious drawback to the attainment of the Millennium Development Goals, he urged the United Nations and Member States to "spare no effort" in providing all the necessary assistance to curb the disease.  He thanked the General Assembly for having convened the High-level Meeting of the World Conference on Indigenous Peoples, noting that indigenous knowledge and practices substantially contributed to the sustainable development agenda.

He said that he was pleased that sufficient political support had been mobilized through the Climate Change Summit to guide the Conference of Parties on Climate Change to be held in Lima in December.  Climate change had a direct effect on many African countries' national objectives to produce enough food for their populations.  The theme of the 2014 General Assembly, "Delivering on and Implementing a Transformative Post-2014 Development Agenda", resonated well with his Government's call for an inclusive development programme, he commented.

He was "heartened", he said, to note that the international community had not forgotten its collective inability to meet all the Millennium Development Goals.  Commending the co-chairs of the Open Working Group on Sustainable Development for their work, he welcomed the goals and targets contained in the group’s outcome document.  Returning to the topic of food security, he stressed that the issue remained a critical challenge for Africa.  He reiterated his Government's call for financial assistance, technology transfer and technical assistance so that international development goals could be achieved.

The African Union's road map for development remained critical for the attainment of the Millennium Development Goals, he said.  Pointing to bountiful investment opportunities in Africa, he urged that the development needs of the continent be accounted for the post-2015 development agenda.  On other topics, he welcomed the fact that Taiwan Province of China continued to contribute to global efforts, and he urged that country's full participation in all United Nations structures.  Noting that thousands of people around the world were living in fear or losing their lives to terrorism and other violence, he called upon all those engaged in conflict to find lasting, peaceful solutions to their problems through dialogue.