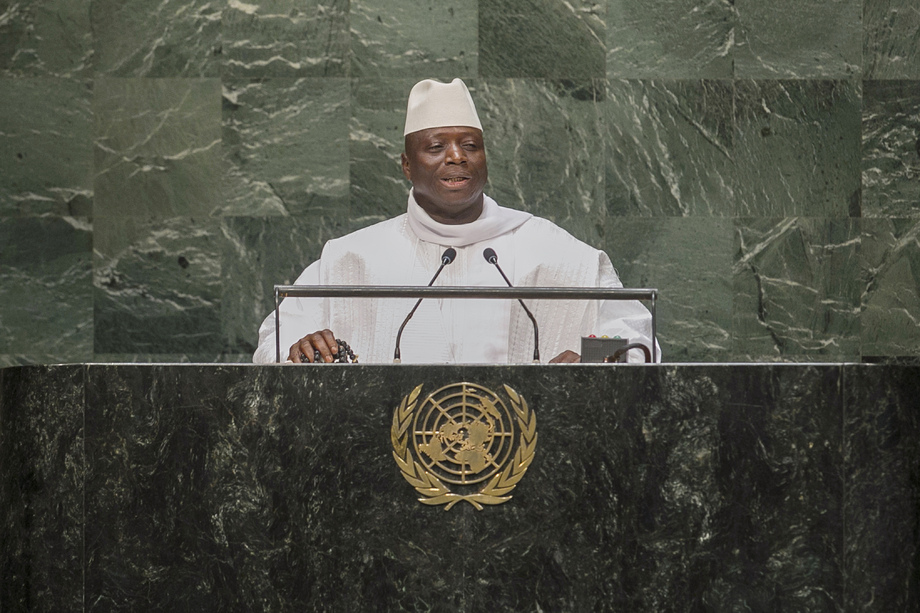 AL HADJI YAHYA A.J.J. JAMMEH, President of Gambia, said that human civilization was teetering on the brink of catastrophe.  Greed and exclusion led to international tensions, war, death and destruction.  There were lamentable inactions on the part of the United Nations as powerful Member States took advantage of weaker Members.  The founding fathers of the Organization had intended a world body committed to promoting the principles of peace and security, respectful of the cultural values of all peoples.  To uphold those principles, the Member States needed to avoid all forms of aggression by exercising maximum restraint in their pursuit of national interests.  When there were wars, the world economy suffered.  The United Nations must be an all-encompassing global body working in the service of all, and not just for a few.

He said the international community should build from the implementation of the Millennium Development Goals to face the challenges of the day.  The themes of this year's General Assembly were thus timely, and gave impetus to further the international agenda post-2015.  There was a need to take stock of the Millennium Development Goals' achievements and failures, particularly struggling countries that would not meet their targets on time.

A few current issues stood out for which the United Nations could play a stronger role, he said.  One such issue was the Ebola disease.  For those affected countries, development efforts were now on hold as they grappled with the virus.  Humanitarian aid from the United States to battle Ebola was more than just a humanitarian gesture; it was a matter of national security.

The world had witnessed the bloodiest and most heinous forms of terrorism, he said.  Those "human vermin" were claiming to act in the name of Islam.  Before the emergence of Mujahideen in Iran and then Afghanistan in the 1980s, which were created by Western Powers to fight proxy battles, there had been no Islamic terrorism.  Islam was a religion of peace and tolerance, and had nothing to do with those bands of criminals who showed no respect for human life and whose sole intention was to defame Islam.  That religion could not be divided into different branches, such as moderate Islam, violent Islam, and so on.  Rather, it was a pure religion for the best human behaviour, as decreed by Allah the Creator.  Such gangsters as Boko Haram, ISIL and Al-Qaida needed to be wiped out from the face of the Earth "because we don't need them”.

The situation in the Middle East remained dire, he said, decrying the loss of life in Palestine, especially that of women and children.  Israeli settlements on Palestinian land were unacceptable and undermined any prospect for a two-State solution.  The United Nations had played a strategic mediating role in the past, and must take up a leading role to achieve a durable and peaceful settlement.  The Organization must work harder to foster an environment of peace and tolerance, as there was a grim propagation of misinformation and misinterpretation in the Western media regarding Islam and Sharia law.  Thus the incessant criticism of Sharia law was disrespectful and abhorrent, and was disgraceful to all Muslims.

He said that imposing collective punishment on Cuba was done because its citizens had opted for a system of government of their choice, just as Ukraine wished to do.  On climate change, Africa stood to suffer the most, despite the fact that the continent was not a big contributor to the problem.  Developing countries must not be relegated to the dustbin of history.  Rather, the foundation of any transformative agenda should begin with the reform of global governance, particularly the United Nations system, including the Security Council.  Reform of that body, to reflect current geopolitical realities, was long overdue.