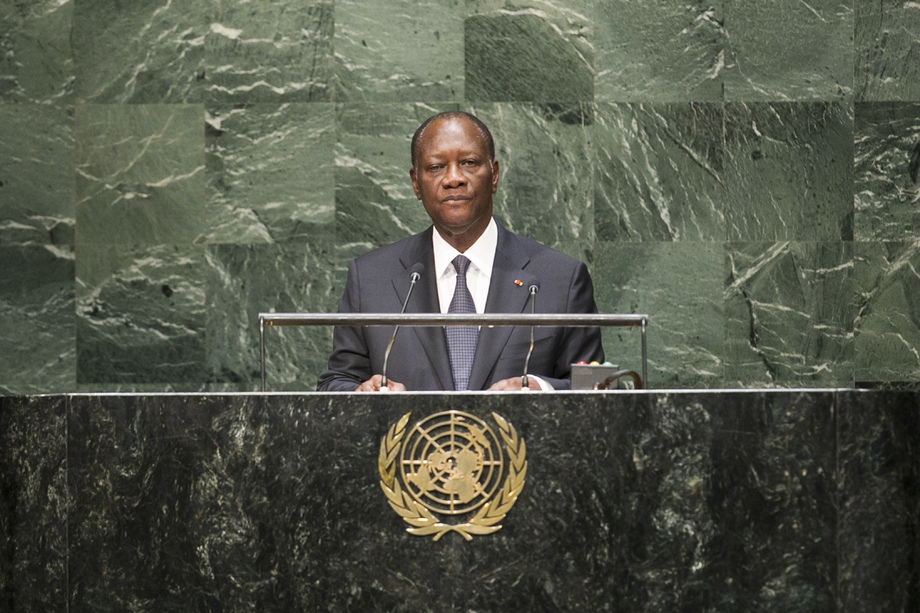 ALASSANE OUATTARA, President of Côte d’Ivoire, said that on a national level, implementation of the Millennium Development Goals was continuing within a national development programme.  Before the end of 2015, his country would take steps to further reduce poverty, improve maternal and infant health, consolidate progress on combating HIV/AIDS and expand access to primary education and drinking water.  The Millennium Development Goals had been a vehicle for his Government’s ambition, and at a time when the world we wished to see was emerging, there was a desire to give the most vulnerable people a decent life, give our planet reprieve and extend the opportunity to exist for centuries to come.

On the theme of the general debate, he noted that the priorities of developing countries should be paid particular attention, and that intergovernmental negotiations on the post-2015 development agenda must be inclusive and balanced.  Africa had become one of the most attractive regions of the world for international investment, providing unique opportunities in fields including infrastructure and energy, among others.  However, with the challenges which faced our world today, such as the spread of terrorism, piracy and Ebola, Africa now risked losing a decade of human progress and economic growth.

Africa could not become “the forgotten continent” in the struggle against terror, he said.  Thanking bilateral and multilateral partners that had assisted his Government, he conveyed special thanks to the people of the United States for “bold and outstanding” measures taken to assist West Africa in conquering Ebola.  On the issue of climate change, he noted that final efforts were needed to achieve an agreement in 2015.  Today his country was a nation at peace and work.  Côte d’Ivoire had regained the confidence of its partners, and thanks to the cohesion of its citizens, economic growth was strong.