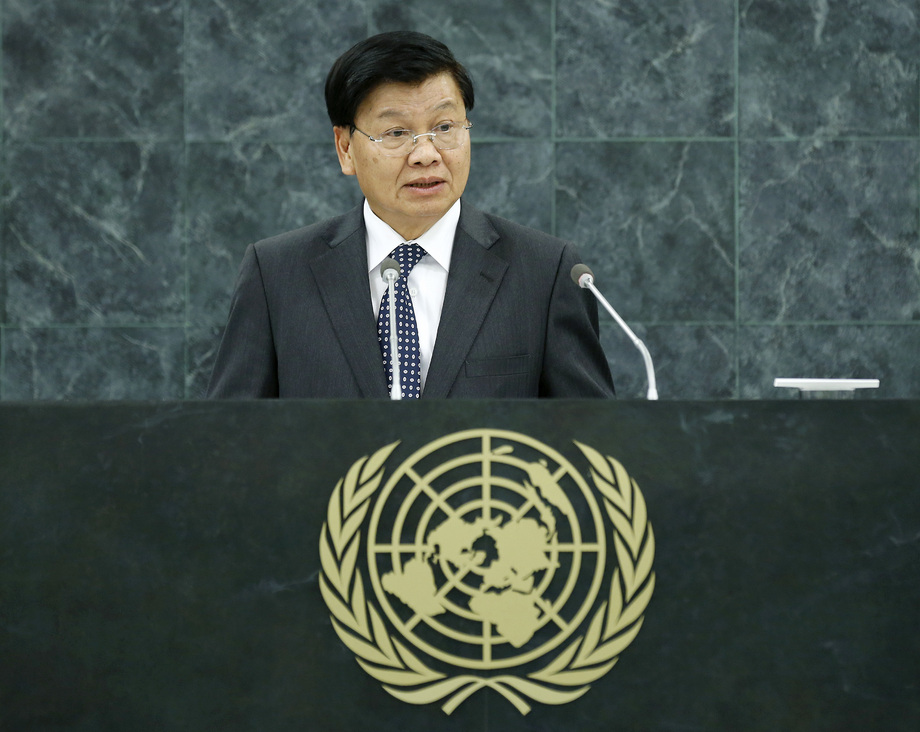 THONGLOUN SISOULITH, Deputy Prime Minister and Foreign Minister of the Lao People’s Democratic Republic, painted a grim picture of the world’s political, socioeconomic and environmental situation, and urged the international community to redouble its efforts to enhance development cooperation based on sincerity and mutual cooperation. “As the world today becomes increasingly interdependent, no single country can develop and survive on its own without engagement and cooperation of the international community,” he said, adding that global institutions like the United Nations had an important duty to fulfil.

Sharing other speakers’ concern over the deteriorating situation in the Middle East, he welcomed the agreement reached by the Russian Federation and the United States on Syria’s chemical weapons. Addressing the issue of Palestine based on the principle of creating two independent States of Palestine and Israel required the international community’s urgent attention, he said, commending the efforts of both sides to resume negotiations. He also called for the economic embargo on Cuba to be lifted.

Highlighting his country’s efforts to fulfil its international obligations in maintaining peace and promoting the rule of law, he said the country was creating a conducive environment for national development, with a view to graduating from its least developed country status. The country had played an active part in ASEAN’s community building, of the view that regional cooperation contributed to world peace, security and development. Despite achievements in socioeconomic development, the country faced daunting challenges in achieving the Millennium Development Goals. Deeply affected by cluster munitions and unexploded ordnance, his country sought strict adherence to a total ban on those weapons. Addressing the special needs of landlocked least developed countries had become an international obligation, he said, calling for greater cooperation from transit countries and development partners.