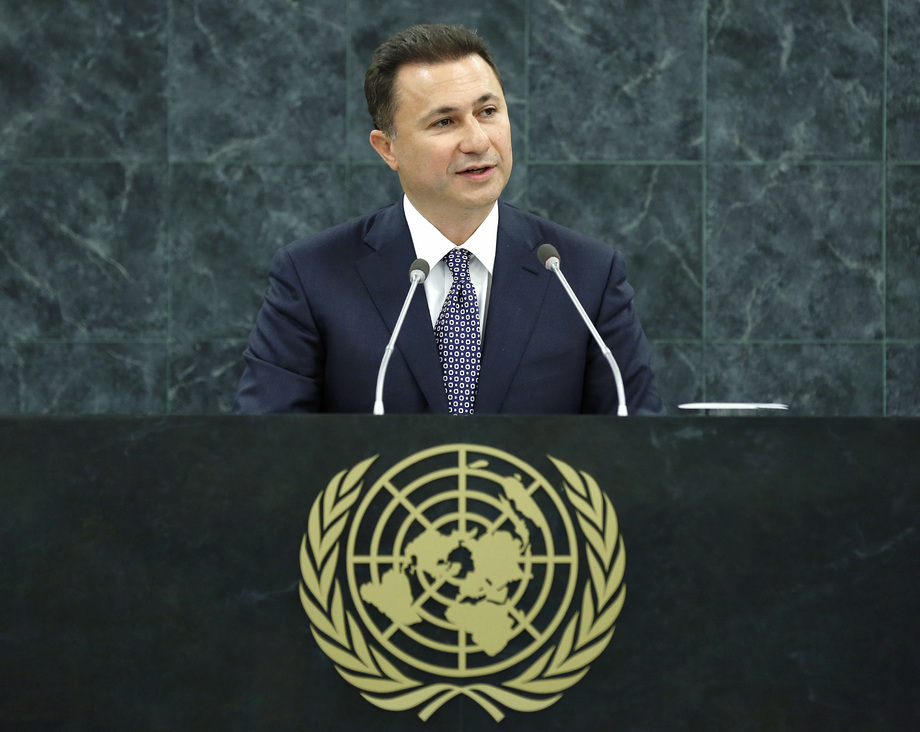 NIKOLA GRUEVSKI, Prime Minister of the former Yugoslav Republic of Macedonia, said that South-East Europe had entered a phase of positive development in which the primary objectives of nations and the region at large were either fulfilled or within reach. But although regional cooperation was expanding in a number of new fields, unresolved bilateral issues had a clear negative reflection on the present and the immediate future, a serious obstacle to his country’s agenda for integration into international organizations. The country was celebrating the twentieth anniversary of its United Nations membership, but the issue of its name remained unresolved.

He went on to emphasize that the issue was about the identity of his people, but Greece opposed the country’s chosen name, which was its “fundamental, individual and collective right”. The overwhelming majority of Member States had recognized the country’s constitutional name, which clearly showed that most did not believe the dispute had a justified political basis. There was no basis in international law for preventing a country from naming itself as it wished, he said, adding that without international law, the United Nations would become a “debate club” without any fundamental competencies, stressing that his country was “entitled to decide on its own name”, according to international law.

The problem extended to the naming of the country’s language and the national identity of its citizens, he continued. “It is the same as if somebody denied you to speak French, German, Polish, English, Dutch, Portuguese, Japanese, Hindi or any other language.” Putting off a resolution of the dispute created more challenges in the country and the region, inflaming tensions, he said, emphasizing that his people would nonetheless never accept the renaming of their country. He recalled that he had proposed a higher-level meeting for direct talks to the Prime Minister of Greece two months ago, citing the examples of Serbia and Kosovo as well as Croatia and Slovenia, where political representatives at the highest level had managed to overcome their differences.

Where progress lagged, the United Nations must not stand still and be satisfied with the status quo, he stressed. Rather, it should use the General Assembly and the Security Council to “unlock the perspectives” of his country, otherwise it would again be faced with failure. The former Yugoslav Republic of Macedonia was confident that the international community had the capacity to respond jointly to all challenges by taking decisions, changing habits and strengthening cooperation and prosperity, he said.